UPATED 7/16/18 – Our move to Mexico was not a quick decision or an easy decision. Most people wonder how and why we ended up here.  I wrote a little about this at the beginning of this blog, but in this post, I will detail the reasons we decided to move to Mexico. Maybe it will help you decide if you should make the move. 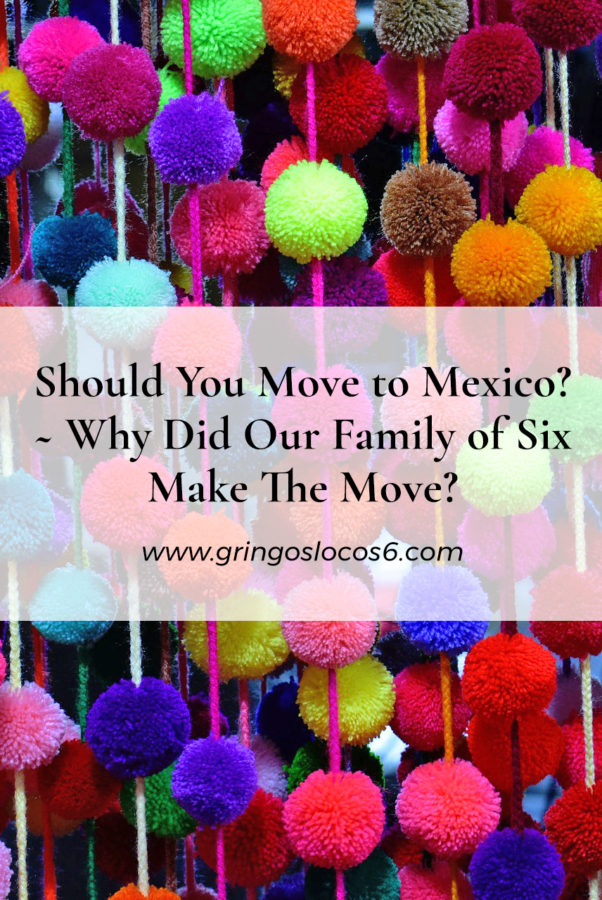 We are Independent, Adventurous, and Familiar with Spanish – Move to Mexico

Brad and I have always been independent and adventurous. We love to travel, especially me… I want to see the world! When Brad applied for Social Security Disability Insurance in 2010 due to the effects of his brain injury, we started to wonder what would come next for our family. With SSDI you can reside in most countries and receive your benefits via direct deposit to a US bank account. Over the next couple of years, while we waited for Brad’s benefits to be approved, we researched Spanish-speaking countries where the cost-of-living is lower than in the US. The American Dream for us was a daily financial struggle and Brad’s health couldn’t take it anymore.

We knew we loved the Spanish language and culture after spending three years prior, 2006 through 2009, in a Spanish Bible congregation. But that wasn’t enough. Fast forward to the year 2013. Brad’s SSDI was finally approved, after hiring a lawyer and standing before a judge. By then, I was pregnant with our fourth child. We were settled in Louisville, Kentucky. We had lots of “stuff” weighing us down. All of our family lived close-by. We were in a Bible congregation we loved… the dream seemed impossible so we put it in a box and packed it away in the back of our minds.

Several months later we had a visitor at our Bible meetings for a week of special activity. During this visit, we watched a new video at our Kingdom Hall. It featured couples that had moved to various countries to expand their Bible ministry. One couple had two children.

Brad and I locked eyes. We were thinking the same thing. The money would not be a problem if the cost-of-living was lower and we could stick to a budget. Brad’s income was fixed. If this family could do it, why couldn’t we? Well, we had four children, not two, and there was Brad’s health to consider. What if he had a terrible seizure and we needed our family? We left the dream packed in its box but this time it stayed in the front of our minds.

We are Tired of Stress and Materialism – Move to Mexico

We had a plan to buy a larger home, (probably not the smartest idea, with bad credit and bad health), move closer to our Bible congregation, and move away from the city schools. The following weekend we attended a three-day district convention covering many Bible topics. There were several talks that caught our attention, stressing the need to live a simple life and put God first. We knew this would bring us more happiness as a family. Buying a bigger, more expensive house would not bring us joy. We were tired of stress and materialism. Brad’s health was suffering. Despite being on disability, he still had to work part-time to pay the bills.

Brad talked to an old friend that was visiting from Mexico. Bill was in his 80’s and loving it there. We talked with a family living abroad in Nicaragua that was visiting for a few months. They have two small children. It wasn’t easy to move away, especially with kids, but it was possible.

We had been pondering this for a long time and praying for God’s direction. When we went back to our hotel, Brad told me, “Let’s do it. Let’s sell everything and move to Mexico.” We unpacked the dream that night and never looked back. Sure there were plenty of things to consider, such as health problems and schooling for the children, but it could be done. We were making the move.

Why Mexico? Why not? This was to be the start of a great adventure. Signing off, Tina

95 thoughts on “Should You Move to Mexico? – Why Did Our Family of Six Make The Move?”