UPDATED 2/12/2021 Accidents happen… Like the time last year when my son fell through a skylight on the garage roof. One minute my four kids and I were in the guest room talking to my mom-in-law and the next minute I hear Sawyer, our six-year-old, crying in the kitchen. He was so fast that we didn’t even notice him leave the room and less than 30 minutes later we are on our way to an emergency room visit in Mexico! Before I get to the cost of an emergency room visit in Mexico let me tell you the WHOLE story.

If you aren’t interested in the story just scroll to the bottom for the cost ;-) 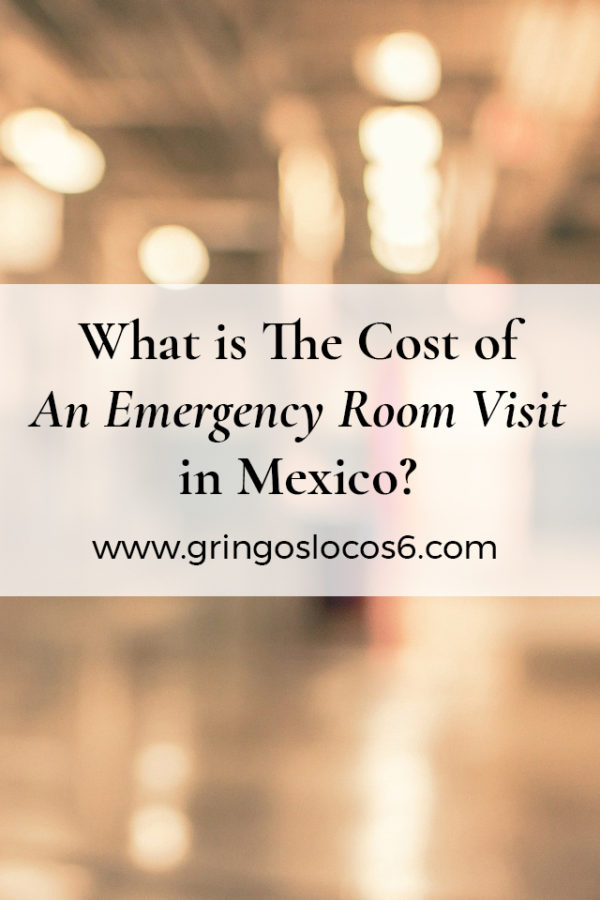 What Should We Do?

We assumed that he had fallen off the kitchen counter while trying to get something out of the cabinets. It was hard to get the exact details from Sawyer between his tears but there were streaks of blood on the counter and the floor, and his head was bleeding. We have granite countertops and tile floors which could explain the deep cut and bruise on his forehead.

I was worried about his head so I called my husband asking him, “What should I do?” Brad was at a short Bible meeting not far from home and he came back to check on our son. We decided that Brad would finish his Bible meeting and I would take Sawyer to the hospital to have his forehead stitched up.

On his way out the door, Brad noticed the skylight in the garage was broken, as something had fallen through it. There were pieces of the skylight on the floor around the trailer we have parked in the garage. At about the same time, I noticed that Sawyer had scrapes and bruises on his back and stomach. This was more than a fall from the kitchen counter!

Going to The Hospital

Brad realized this at the same time and we both decided to take Sawyer to Hospital Civil de Uruapan. Although Sawyer still doesn’t remember it, he fell through our garage roof skylight and landed on, or near, the trailer. We think he bounced off some tires we had in the trailer and we are very grateful they were there. If it wasn’t for the tires his fall could have been more severe.

We took Sawyer to the same hospital that helped me a few months before when I suffered from kidney stones.  It is farther from us than other hospitals but it is less costly and we were happy with the care I received so we decided to take Sawyer to the same place. This was our second emergency room visit in Mexico in less than a year :-(

They took us back right away and the doctor spoke a little English. Between that and our broken Spanish, we were able to explain what we thought happened. They took an x-ray of Sawyer’s skull and fortunately there were no fractures. He showed no signs of a concussion as well. Then they poked and prodded him to see if he had broken anything but he didn’t complain and he could move without pain. Last they cleaned his wounds and stitched up his forehead.

The doctor gave us a prescription for Posipen, an antibiotic, for Sawyer’s cuts and scrapes. And a prescription for Motrin for swelling and pain. There is a pharmacy attached to this hospital which is very convenient and the prices are reasonable too. We went home and monitored Sawyer that evening. By the next morning, he was up and running around as usual.

How Did This Happen?

Here is where you are wondering “How did the kid get on the garage roof?” Well, it’s not uncommon for roofs in Mexico to be accessible. Sometimes they use them as patios and often the roofs hold the gas and water tanks. Most times they are flat. Our bedroom window opens up directly to the roof over the garage. Later Sawyer told us that he wanted to talk to the boys next door so he went on our roof to see if they were home. From our roof, you can see into our neighbor’s yard. Somehow he ended up falling through the skylight in the process.

I am very thankful that Sawyer was not hurt further by his fall. Brad measured it at about 15 feet or 4.6 meters. I swear, this boy gets more bumps on his forehead than I can count! My girls are not accident prone so this is new to me. This is the same boy who swallowed glass when he was 18 months old. Sawyer is going to give me a heart attack for sure! I hope Tristan is a bit more cautious. We talked with Sawyer about the dangers of playing on the roof and hopefully he won’t try it again.

How Much is An Emergency Room Visit in Mexico?

In conclusion, I want to share our hospital costs with you for reference. I planned on doing this when I had my kidney stones but never got around to it. All I can say is that my kidney stones were just as cheap as Sawyer’s fall. Here’s the rundown using the exchange rate for today February 12, 2021.

The total is 1084 pesos or 54.37 USD. I can’t imagine what this would have cost in the US. This is another part of our life in Mexico that I love, the price of medical care! I told you the price-tag would blow your mind. At least it’s in a good way ;-) Signing off, Tina

48 thoughts on “What is The Cost of An Emergency Room Visit in Mexico? The Price-Tag Will Blow Your Mind!”