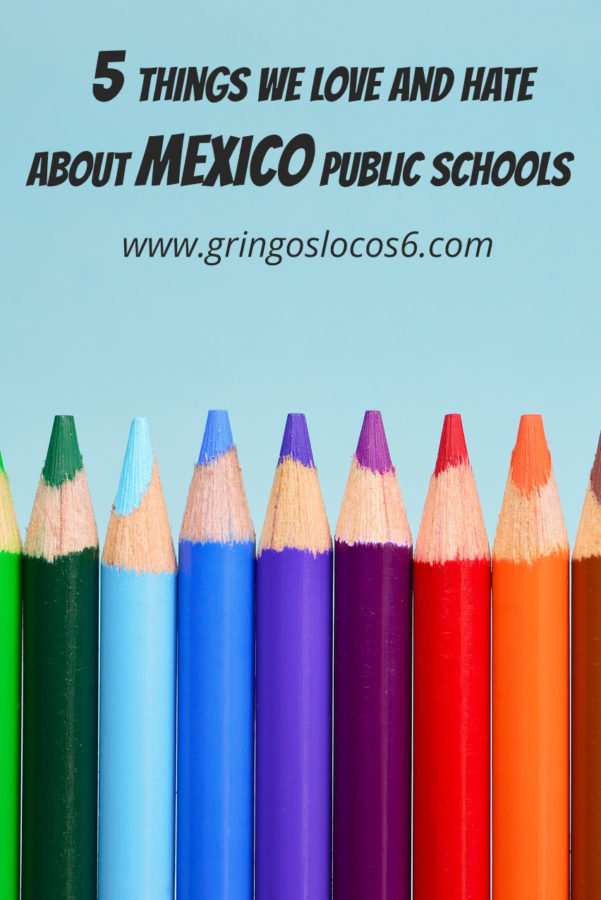 For example, Sawyer needed one-on-one help learning the Spanish language. Even if it was only a half-hour a day, it would have been better than nothing. His school could not provide this. Sawyer has learned more in the last two weeks of homeschooling than in the last six months of public school.

I am not a stickler for school rules. I hated some of the rules we had to put up with when my girls were in a public school in Kentucky. I like a bit of freedom and that is why our family practices unschooling as part of our eclectic homeschooling curriculum. Almost everything about Mexico is relaxed. Frankly, it’s awesome.

Case in point, teacher education days pop up out of nowhere. On Thursday afternoon we would be told, “School is canceled tomorrow for a teacher education day.” Great. Thanks for the warning. There were two occasions I had no warning whatsoever. I drove Sawyer to school only to find no one there. In one case, Brad drove Sawyer to school and then brought him right back home. Why? It was raining. The director told him, “If it rains, just stay home.” What!? I am a firm believer that if a school system wants parents to respect its rules then its representatives should show respect for a parent’s time and schedule. That would be consistent.

I can’t really say anything negative about uniforms. Sawyer was super cute in his school uniform. All the kids looked proper and smart. The price was reasonable, especially with a 30% discount on the end-of-season sale. Uniforms seem to create unity in the classroom, at least in the lower grades.  Even in Kentucky, most schools required uniforms. Let’s just call this a bonus tip for anyone moving to Mexico with children ;-)