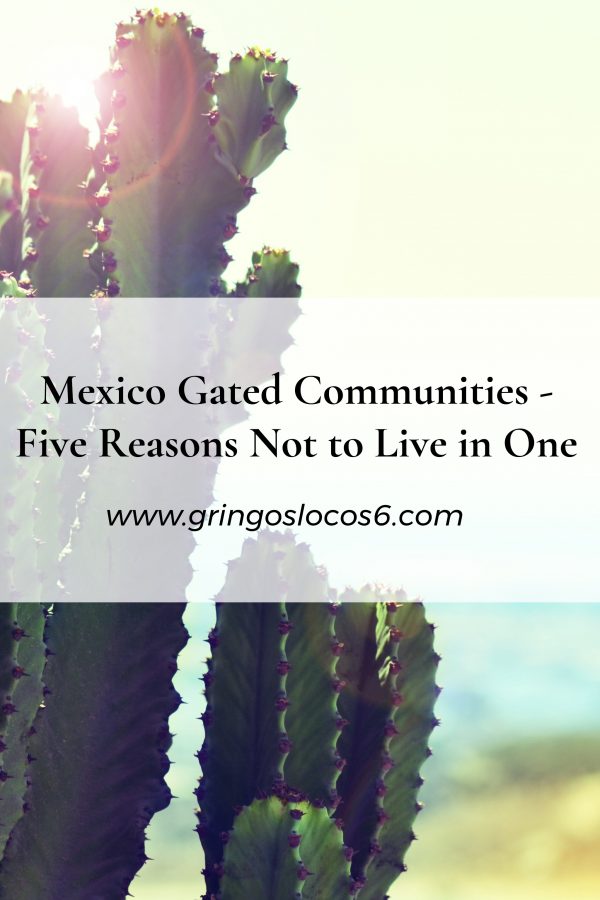 Personally, we don’t like living in fraccionamientos or the Mexican equivalent of a gated community. In each one we have lived in we have had negative experiences. Some experiences have been worse than others. I will not name the fraccionamientos for safety reasons as I don’t want this to come back and bite me in the butt. But for your reading pleasure here’s my current list of negative experiences in Mexico gated communities.

Please note these reasons don’t apply to every city and town. I am sure somewhere there are some very nice fraccionamientos where you can be comfortable and content. Some of you Mexico expats may already live in one that you love. And that is great, I am happy for you.

My general dislike for Mexico gated communities also has not in any way diminished my love for Mexico. I could never afford to live in a gated community in the US but I am guessing some of my reasons for not living in one would apply there just as they apply here.

In conclusion, the choice is yours and I wish you the absolute best adventure and happiness in Mexico :-)