Skip to content
DISCLOSURE: This site uses cookies. An explanation of their purpose may be found here. Some posts contain affiliate links. If you make a purchase through one of my affiliate links I will receive a small compensation.

Our family appeared on the popular HGTV show House Hunters International while living here in Mexico. I was contacted in the Summer of 2014 about appearing on the show. They found our family via this blog, my blog, Los Gringos Locos!

We never thought anyone would want to put us on TV. We submitted a video so they could see us on camera. Then, we filled out a least a dozen pages of paperwork and contracts. In January of 2015, we filmed the show. Filming a 20 minute TV show took us almost a week! It was hectic but we survived.

Our show finally aired on August 2nd and 3rd. We were asked not to say much about the show till it aired, thus the secrecy on the blog and social media till now. I can not find a link to our show online, but House Hunters International is sending me a DVD in a few weeks. We have friends in the States who have seen the show before us, and we are supposed to be the stars! Hahaha! 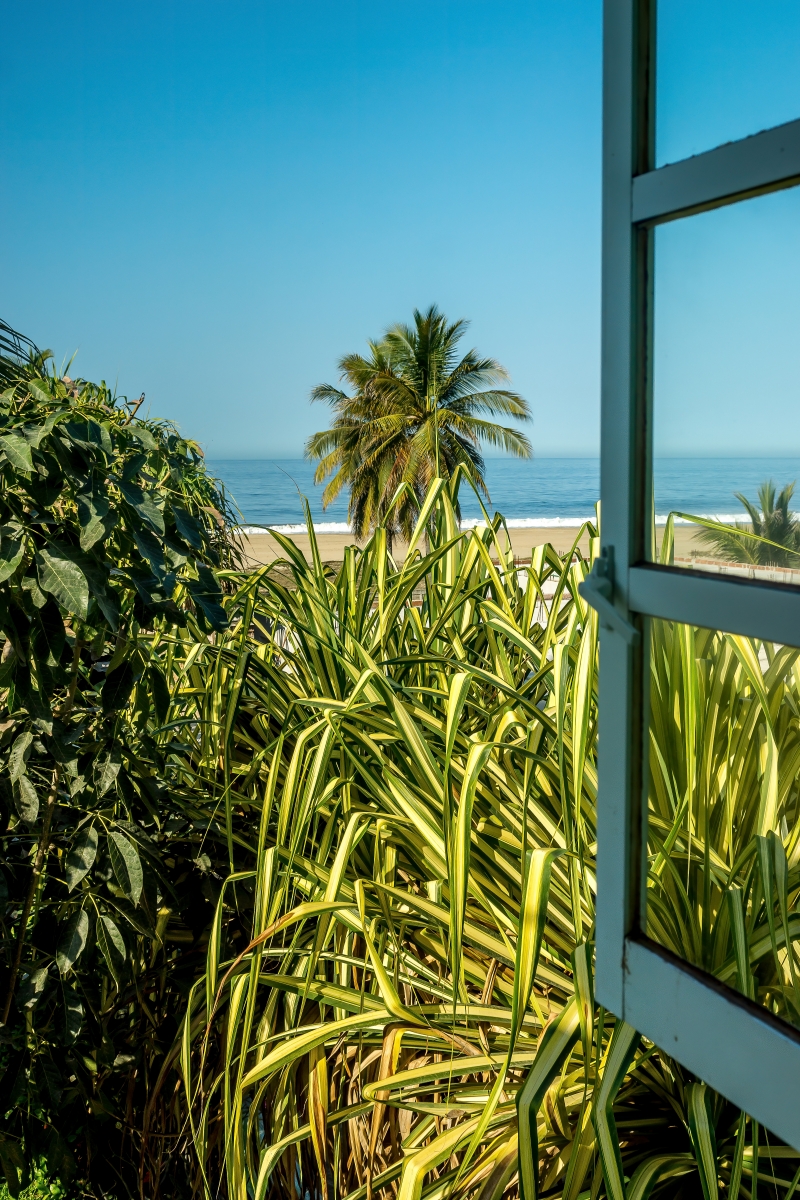 Window With Tropical Ocean View Print or Canvas Wall Art was taken near Playa Blanca in Guerrero, Mexico. This print is exclusively for sale on paper or canvas in sizes ranging from 5x7 to 40x60 inches at Los Gringos Locos by Tina M Ernspiker Photography.

I learned a few things about reality TV and myself while we filmed in January. It was interesting, to say the least!

Despite the above, this was a great experience ;-) How many people can say they have been on House Hunters International? Our director was great at making things fun for the family and she put up with me! Our sound and video guys were super nice and cool with the kids. I did not make a truckload of money from this gig but I am hoping the exposure will help people find Los Gringos Locos. I am open to more opportunities :-) Signing off, enjoy the behind the scenes photos, Tina in Mexico