That’s right. We can check sleeping at the airport off our bucket list! We slept at the Dallas airport with our four children. It was NOT fun in any way. Before I get to that part of the story though, let me start at the beginning of this last-minute trip. 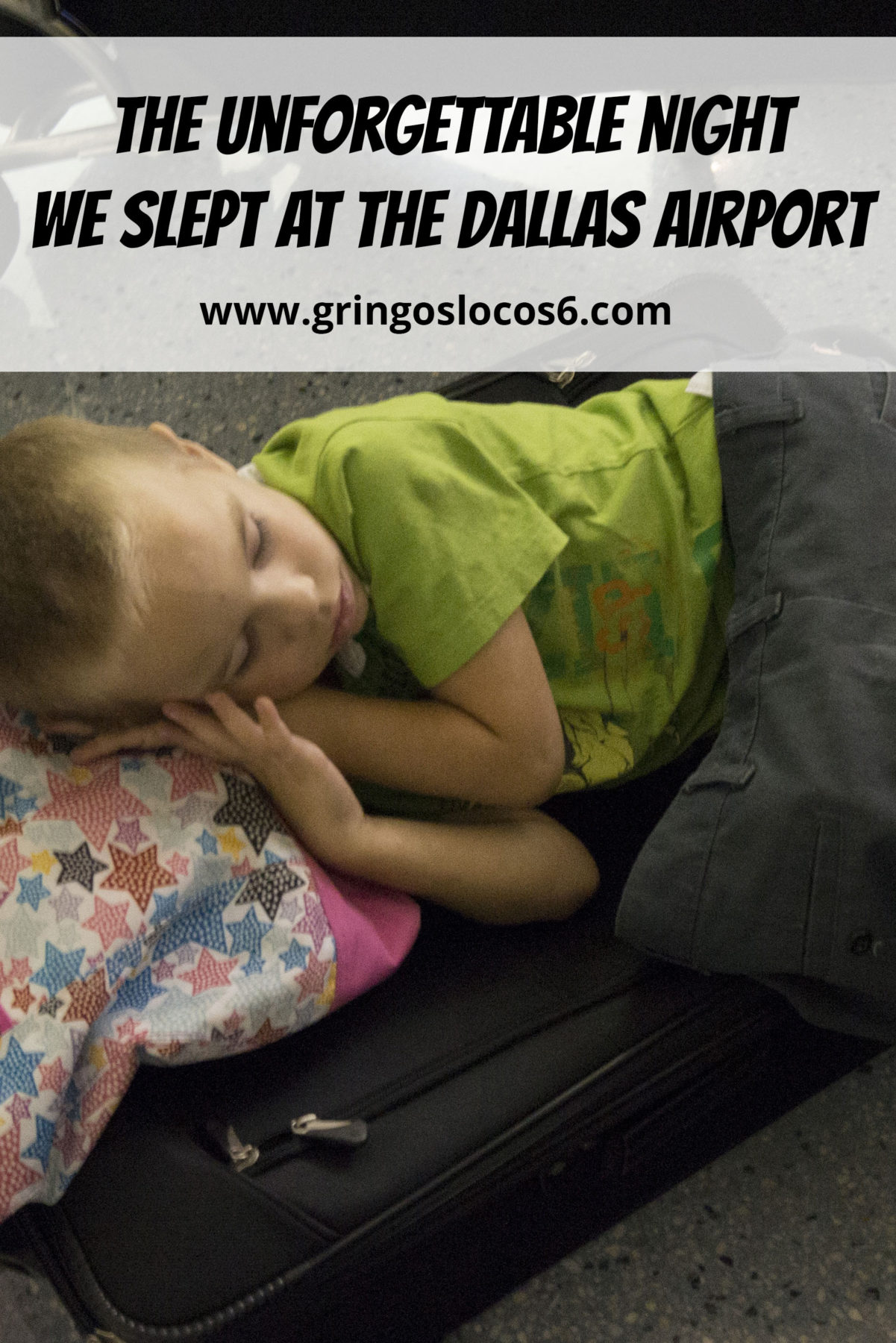 It all started early one Monday morning. Brad received a heartbreaking phone call in which we were told that his father had died. To make things even worse, the struggle to get home to our family in Kentucky was REAL. We quickly booked a flight, packed our bags, and drove four hours to Guadalajara airport to board our flight.

Community Service and A Delayed Flight

Only a few minutes from the airport Brad was pulled over by the police. His mind was on other matters and he failed to see the speed limit sign. The officer told us the penalty for speeding in this zone was one-month of community service. WHAT?? I SWEAR HE WAS NOT DRIVING THAT FAST! After a little small talk and some friendly chatter involving 200 pesos, we were able to continue on our way.

Upon arrival, we quickly found out that our flight from Guadalajara to Dallas was delayed for two hours due to inclement weather. This would cause us to miss our connecting flight from Dallas to Louisville. The American Airline employees in Guadalajara gave us the impression that the airline would put us up either in a Guadalajara or Dallas hotel that night. It was our choice. We choose to go on to Dallas.

We are not frequent fliers. Airlines DO NOT put you up in a hotel room if you miss a flight due to inclement weather. They will book you on the next flight out, which for us was the following morning from Dallas to Louisville, without charge. The time in-between flights is all your baby.

Honestly, we should have known. 15 years ago to this exact day, the Twin Towers fell in New York City. Brad and I were flying from Kentucky to Jamaica on 9/11/2001. We watched the towers fall on all the airport televisions in North Carolina, USA. Then we found out that all flights were grounded. We would not make the second leg of our trip. We called our friends in North Carolina and stayed with them for a few days till we could fly back home. We rescheduled our trip and the airline reimbursed us for our 9/11 tickets.

Sleeping at the Airport in Dallas

Dallas airport has four hotels on its premises. We pleaded with the airport to help us out. We had four kids, one with had a low-grade fever, and this was a last-minute trip because of a family tragedy. We could not afford the plane tickets much less an expensive hotel room. Where would we sleep for the night?

We got nothing that evening. Not even compassion. They promised cots and blankets. The blankets arrived after the night was half-way over and the ONE cot showed up an hour before morning. I was not impressed. Our family was not the only ones to suffer. We slept in the lobby of Dallas airport with at least eight other families. Is this common? I honestly don’t know.

After a couple of weeks in Kentucky, I figured it was time to contact American Airlines. I detailed the whole story of our trip in an email. I made sure to include the fact that after we finally arrived in Kentucky we were also missing a piece of luggage. Brad and I did not get our suitcase until the next day. American Airlines kindly delivered it right to our door but it was still another inconvenience on top of everything else.

In a few days, I received a reply. I was very happy to find $600 in vouchers for our return flight! Even though it was the fault of inclement weather, customer service agreed it could have been handled better under the circumstances. For this reason, I will be happy to use American Airlines again in the future. Although I will not be booking the last flight out, just in case it is canceled. I don’t want sleeping in the airport to become a habit! Signing off, Tina 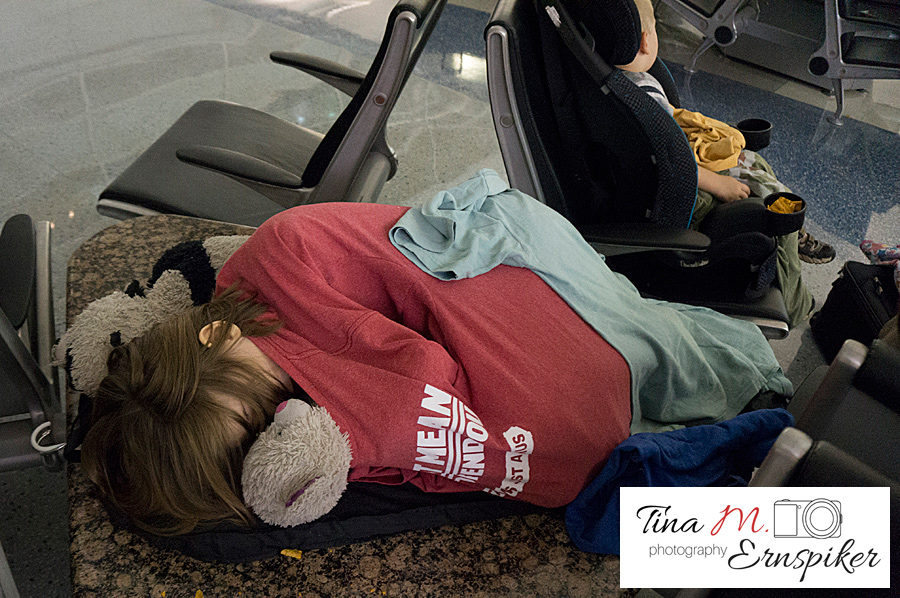 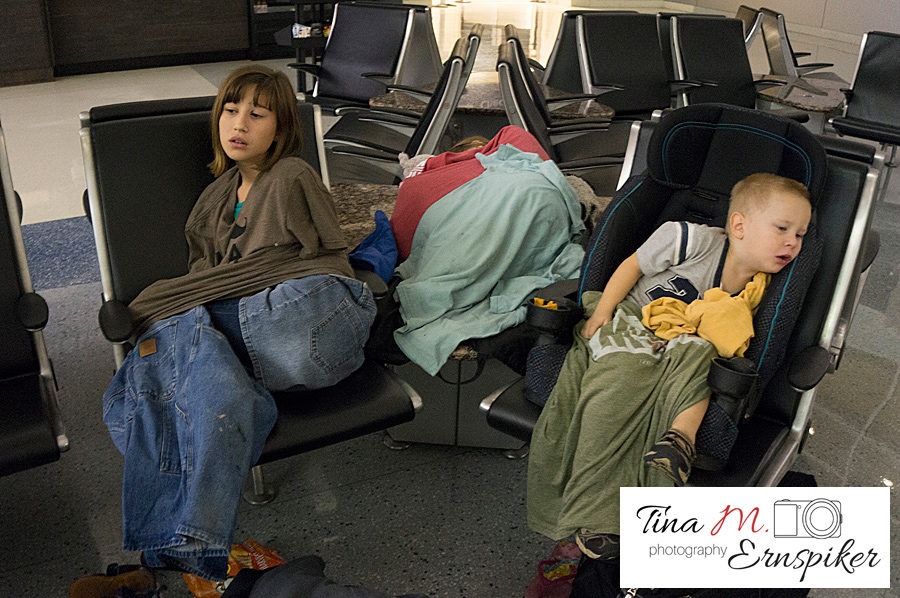 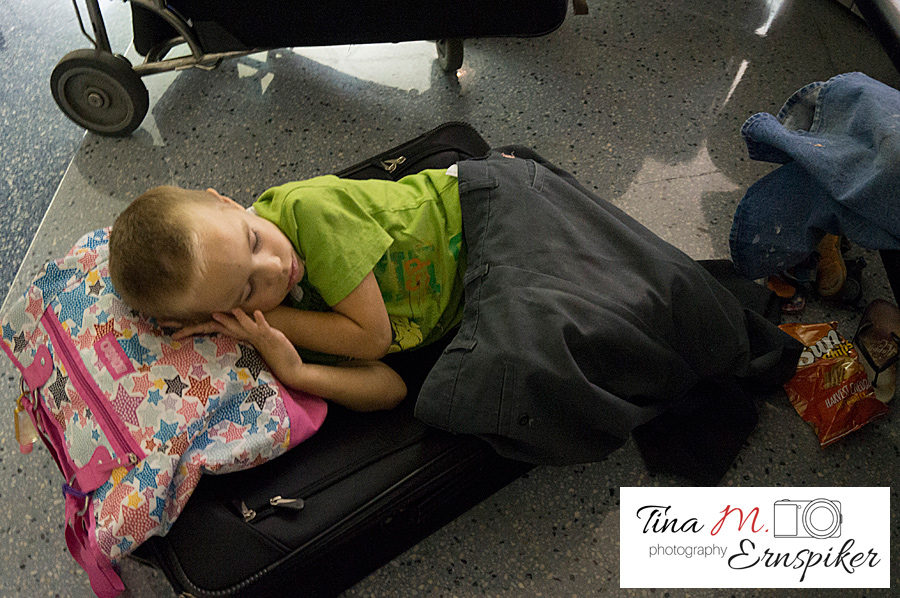 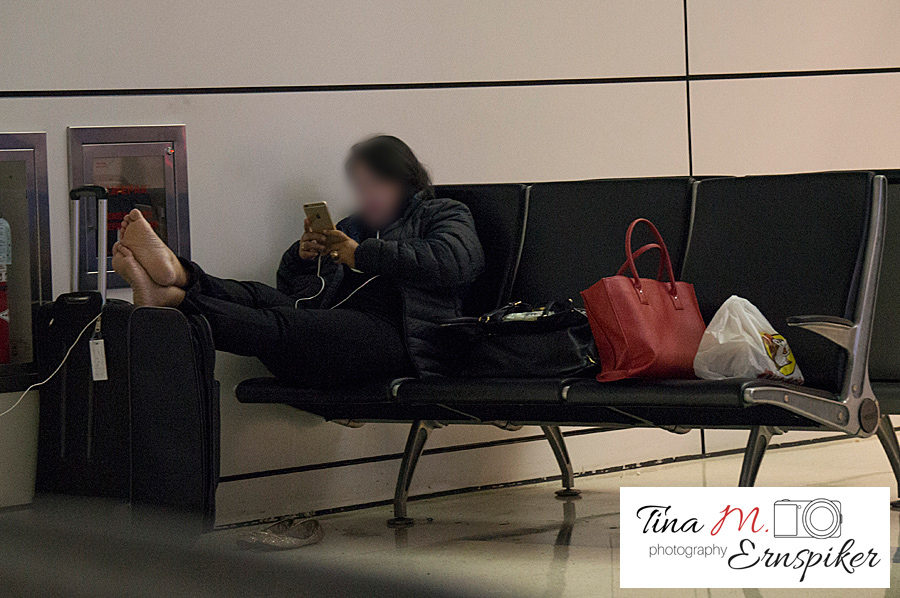 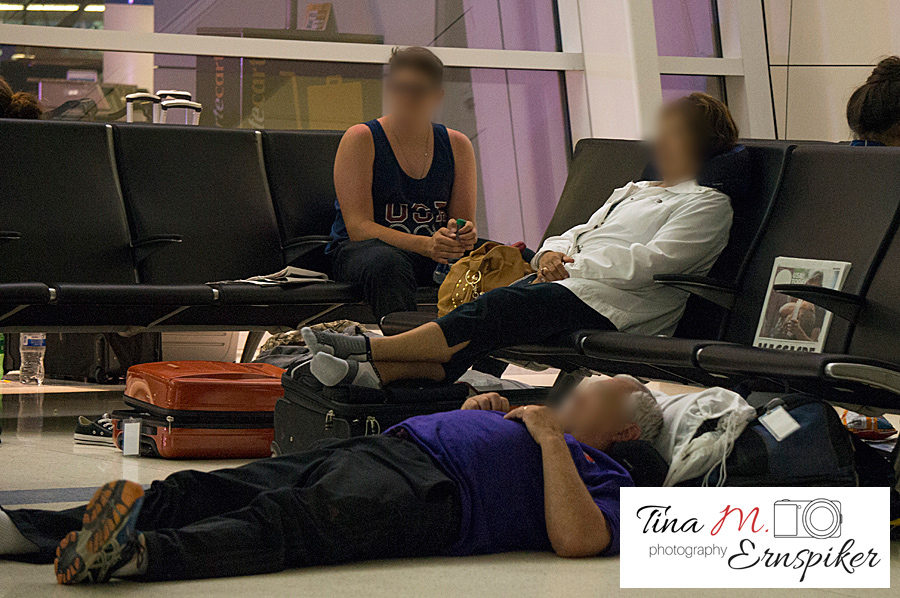 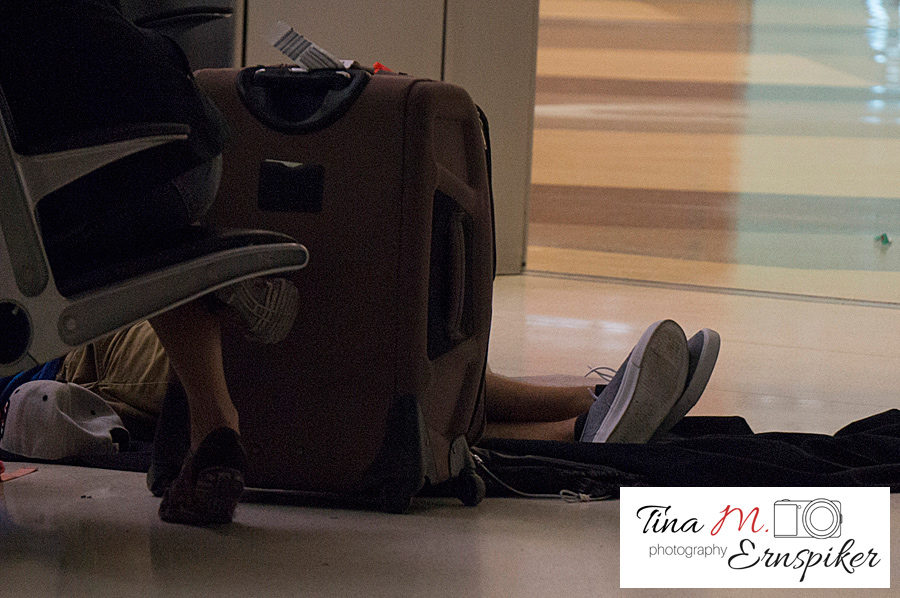 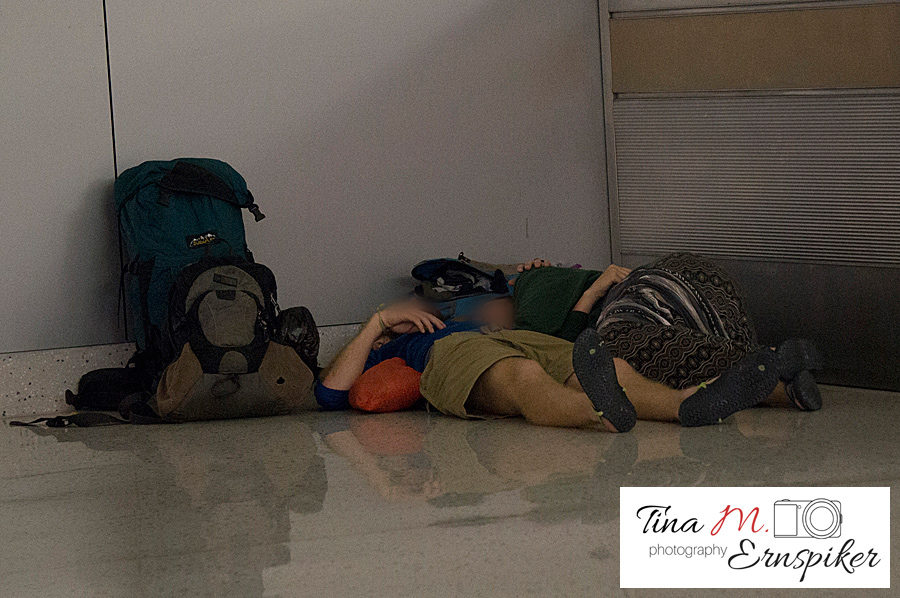